Grammy-winner will.i.am is slamming a Qantas Airlines employee for treating him “aggressively” just because he’s Black. It’s a messy situation sparked by will’s failure to quickly stow his laptop before take off. The singer detailed the incident on social media, writing:

“I’m currently on a flight from Brisbane to Sydney. I’m sorry to say me and my group have experienced the worst service due to an overly aggressive flight attendant … I don’t want to believe she’s racist. But she has clearly aimed all her frustrations only at people of color.” Will explains that he failed to hear an earlier PA announcement regarding takeoff because he was “making beats” while wearing noise canceling headphones.

The artist says that he was greeted by five police officers after landing simply because the flight attendant has beef with folks of his hue. “I did comply quickly and politely, only to be greeted by police. I think I was targeted,” he said in response to a Twitter user defending the flight attendant. But will apparently has receipts, or at least a receipt. One passenger claiming to be on the flight chimed in on social media too, tweeting, “I was on the same flight and couldn’t believe the appalling behavior of the flight attendant. My apologies on behalf of Australia.”

Will says he just wants people to treat people with respect, but Qantas is standing behind their employee. The airline is threatening to support legal action against the Black Eyed Peas member over the claim the woman in question is racist. “Absent a retraction, and if the crew member wanted to take the matter further, we’d certainly be willing to provide legal support for them to do this,” a spokesperson told CNN. 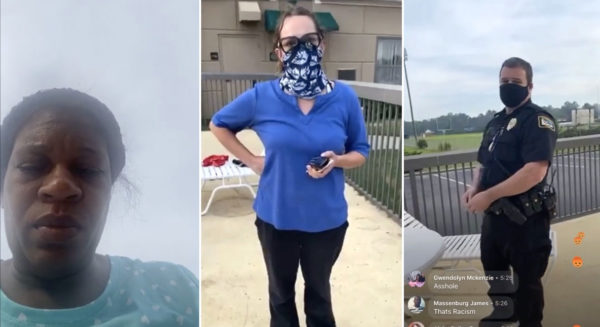